I became vegetarian when I was 12 years old because, thankfully, I was subjected to watching a video on animal slaughter in a religious study class. I don’t remember the exact details of the video but I certainly remember how it made me feel and my best friend and I instantly became vegetarian. Although I was still distanced from being an actual physical witness to the horror and torture these animals went through it had a massive impact on me. We all know, at a core level, where meat comes from. We know what slaughterhouses are and we’ve accepted it because we’re the driving force behind the machine.

This machine has produced meat and other animal products for so long that we’ve become desensitized to it.

For most of us, it’s the way things have always been. But, it’s not until we’re exposed to the horror that we truly understand the gravity of it. It’s hard to fathom how vicious it is in those slaughter houses.

The thought of eating animals became repulsive to me, both from a moral standpoint and a gustatory one — I no longer wanted to put dead flesh into my mouth. I struggled to detach the animal from the meat, I felt such a strong connection to them. 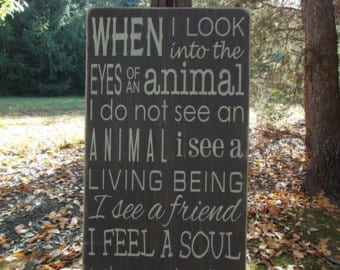 I was an animal lover and didn’t understand how humans could be so cruel. I decided it was hypocritical saying that you loved animals but eating them, it just didn’t make sense or feel right.

I was a member of the World Wildlife Fund and other animal rescue campaigns. I wanted to become a Vet so that I could save animals and volunteered in animal rescue centres. Nobody in my family was a vegetarian, I was brought up eating meat but I guess I was ‘different’ to my other family members and was heavily into spirituality, personal growth, philosophy, complementary medicine and alternative healing.

My memories of animal farm life were very fond ones. I started horse riding at 10 years old and kept my pony in a farm in Mobberley, Cheshire. The horses were out grazing in the fields along with cows and sheep. I remember bonding with one particular lamb with a quirky personality, we played hide and seek with it and called it ‘egg’. The cows in the that farm were free to roam, I don’t think it ever crossed my mind that these cows were for meat or dairy. Ignorance is bliss they say.

In my late twenties I moved to Ibiza and ended up taking a step backwards and became a pescatarian (someone that eats fish but not meat). Being a vegetarian in Spain was very challenging and I found myself eating lots of bread and cheese, not the healthiest of choices! I remember travelling to Madrid and asking in a bar if they had anything vegetarian on the menu, the response I got was a laugh and a ‘why?’. I was caught up in convenience rather than educating myself about nutrition. Eating fish was a hard decision mentally and I was always riddled with guilt. After a couple of years of eating it sporadically I converted back to vegetarianism.

Once we’re presented with the facts and have the information in front of us then the next step is making a choice, then a commitment. That’s the process. In my heart I wanted to become vegan but I didn’t feel committed enough to do so. I needed a wake up call, to be faced with the truth and the evidence and if that meant watching another shocking video I was ready for it.

The Tipping Point: What sent me over the edge and converted me from vegetarian to vegan.

1. About three months ago a saw a post on Facebook about the reality of the Dairy Industry from the Viva organisation and I started to do some research. I came across this video when their undercover investigators went inside 15 dairy farms that supply Cadbury with milk and exposed the shocking reality of how the milk for our dairy foods is produced for one of Britain’s top confectionary brands. They filmed the shocking fate of the male Cadbury calves. Useless to the dairy industry these ‘by products’ are separated from their mothers at only hours old and disposed of. A baby male calf is callously shot in the head and his body along with others goes to the local hunt for hound food. This is the fate of numerous Cadbury calves. Others are sold into the cruel veal industry or slaughtered for pet food.

2. I’d just started a new radio show called The Conscious Revolution (8-9pm every Thursday on Soul Traveller Radio). I decided to interview Juliet Gellatley the founder and director of Viva. I went along to the London Veg Festival to meet with her and listen to her talk ‘Why You Don’t Need Dairy.’ In a scientific report called ‘White Lies, The health consequences of consuming cows milk’, it states that ”the suggestion that the consumption of cow’s milk can lead to a wide range of health problems, illnesses and diseases strikes at the core of many people’s thinking. How can such a natural food be unhealthy? Well the answer lies in the question; milk is not a natural drink for adults. Furthermore, cow’s milk is not a natural drink for humans. In nature milk is consumed from a mother up until weaning, which is when the mother stops producing milk. Consuming milk from a pregnant mother is not a normal case of events. Furthermore, in nature, mammals consume the milk of their own species, not that of another.” (p.15).

I’ll be posting my interviewing with Juliet on here after it’s broadcasted on Thursday 23rd of October.

3. I watched the documentary Cowspiracy. It was by far the most profoundly affecting, eye opening and inspiring documentary i’ve ever seen. These are just some of the facts on the agriculture of producing meat and its impact on the environment and global warming.

* 2,500 gallons of water are needed to produce 1 pound of beef. * One hamburger requires 660 gallons of water to produce – the equivalent of 2 months’ worth of showers.
* Throughout the world, humans drink 5.2 billion gallons of water and eat 21 billion pounds of food each day. Worldwide, cows drink 45 billion gallons of water and eat 135 billion pounds of food each day.
* 5% of water in the US is used by private homes/55% of water in the US is used for animal agriculture.
* Meat consumption is a major cause of heart disease and cancer.
* Livestock covers 45% of the earth’s total land.
* Animal agriculture is responsible for 91% of Amazon destruction .
* Rainforests are being teared down to feed cows and the people who speak out about this for example in Brazil are being killed.
* These cattle are fed grains and soy which should be used to FEED THE MILLIONS OF STARVING PEOPLE WORLDWIDE.
* The meat and dairy industries combined use nearly 1/3 (29%) of all the fresh water in the world today.
* Animal agriculture is the leading cause of species extinction, ocean dead zones, water pollution and habitat destruction.
* A farm with 2,500 dairy cows produces the same amount of waste as a city of 411,000 people.
* 1/3 of the planet is decertified due to livestock.
* Land required to feed 1 person for 1 year: Vegan: 1/6th acre Vegetarian: 3x as much as a vegan Meat eater: 18x as much vegan .
* A person who follows a vegan diet uses 50% less carbon dioxide, 1/11th oil, 1/13th water, and 1/18th land compared to a meat-eater.

I highly recommend this incredibly inspiring article and interview with Philip Wollen. Philip was vice president of Citibank, specialising in corporate finance, mergers and acquisitions. His favourite meal was fillet mignon and lobster.

At age 34, he was rated by Australian Business Magazine in their Top 40 Australian head-hunted executives. At age 40, he witnessed cruelty on such a colossal scale that it affected him profoundly. he was mandated to act for a large corporate client and visited one of their main subsidiaries. It turned out to be a slaughterhouse. He said that his blood ran cold and that the ghastly experience didn’t just turn him into a vegetarian, it turned him into a genuinely compassionate human being and ”anybody who eats the murdered carcass of an innocent animal cannot claim to be compassionate – not with a straight face anyway.” The slaughterhouse turned his life around.

Today he is vegan and devotes his life to children, animals, the environment, the terminally ill, the homeless and the arts. He supports over 500 humanitarian projects in over 40 countries with schools, orphanages, shelters, sanctuaries, clinics, and scholarships.

He describes “vegan” as a beautiful word. A word that is more than just a descriptor for our diet, it is a visible template for an ethical, healthy, responsible and rational life. Because it describes our character. It says we do not take the life of another living being to satisfy our wants.

My only intention with this article is to enlighten you on the harsh reality of the meat, agriculture and dairy farming industry. I trust it’s given you some greater insight and raised your awareness and education on these subjects. People tend to go vegan when they’re ready for it, not because they’re beaten over the head with statistics and health knowledge. As the saying goes, “A man convinced against his will is of the same opinion still.”

For further resources on veganism visit the Viva website and I’ve created a playlist on my Youtube channel of recommend films and documentaries.

Support the Conscious Revolution and subscribe to my new Youtube channel Vision TV to keep up to date with the latest mind blowing documentaries on conscious raising subjects and you can follow on Twitter @soulseedmediapr.

Retreat Of The Week

Search For A Retreat